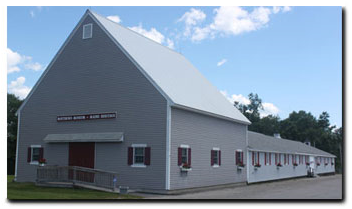 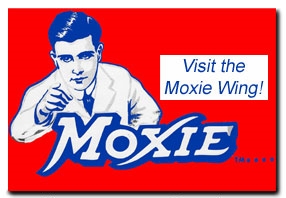 You are here: Home

Referred to as "the area's best-kept secret," the Matthews Museum of Maine Heritage has been acclaimed as one of New England's finest museums. This excellent museum has something for people of all ages to enjoy and learn about lifestyles in the 18th century. The Museum houses over 10,000 artifacts, including carriages, agricultural tools, musical instruments, books, collections of photo prints, and a research library. It also houses a sizeable collection of Moxie memorabilia, occupying a portion of the new annex at the west end of the museum.

Interior space is sectioned into booths displaying artifacts having similar uses. Accented by a background of weathered board walls, an 18th-century Blacksmith Shop, Cobbler Shop, Country Kitchen, and Library are displayed as they may have appeared in colonial times. A Cooper Shop, spinning wheels, a folding tin bathtub (complete with heater unit), cradles, sleighs, sleds (a twelve-foot-long sled used in Union in winter, taking six or more riders down the hill across the Common to Depot Street and on to the cemetery), carts, wagons, carriages, a horse-drawn hearse, clothes, filmmaking equipment, rope beds, stoves, an organ (played regularly during the Union Fair and on special occasions), jewelry, and dolls are only a few of the items that take the viewer back in time. 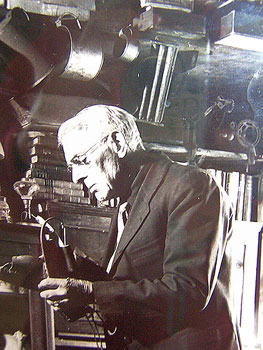 The original 900-piece collection was purchased from Union native Edwards A. Matthews in the early 1960s. (In the picture at right, Mr. Matthews is seen examining one of the many artifacts purchased in 1964.) The collection included antique tools, vehicles, and kitchen utensils dating back more than 100 years, as well as a Cameragraph, a 35-mm silent motion picture film projector, which was first operated at the old Union Town Hall. Also included were many more innovative, homemade inventions that lend credence to the term "Yankee ingenuity." Since that time additional items have been loaned or donated, creating a well-rounded collection of over 10,000 artifacts relevant to colonial Maine.

Adjacent to the Museum is the Hodge School, a one-room schoolhouse in its original structure and interior decor. The school operated from 1864 to 1954. 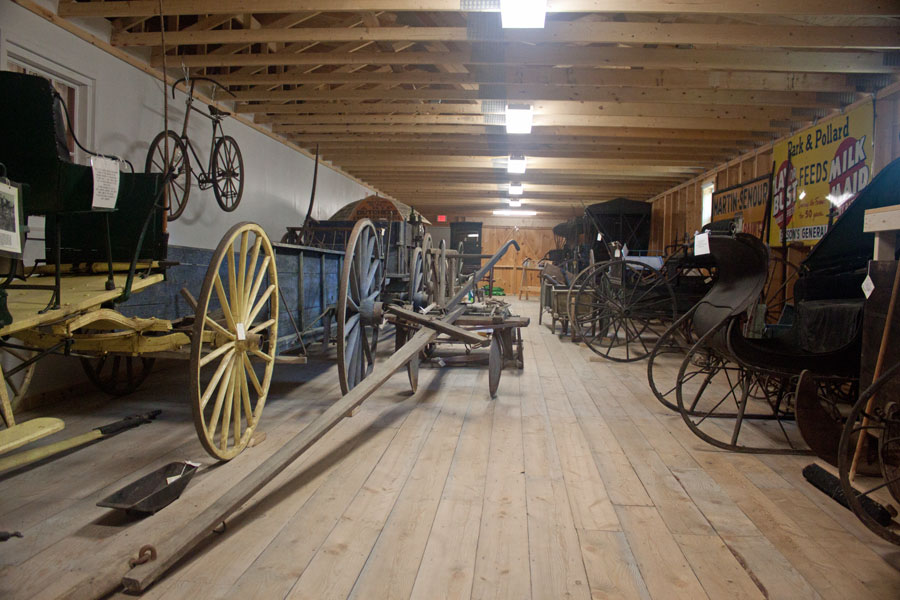 With farm wagons, sleds, and a variety of horse-drawn vehicles, the Carriage House features a one-horse shay—one of only two in existence, the second being displayed at the Smithsonian Institute in Washington, DC. Both carriages, stenciled by a native Union man, were built in 1850 by Collins, Wingate, Little & Co. The firm later became known as Wingate & Simmons Carriage Shop of Union, Maine.

In 2011, the Matthews Museum completed the construction of the new Carriage House on the north side of the museum. The old structure succumbed to multiple severe-weather exposures, resulting in complete destruction of the building. Friends and members of the Museum undertook the task of building a new structure from scratch in the place the old one had stood. With a lot of hard work, and a lot of donations, the new Carriage House was erected and completed before the 2011 Union Fair. The carriages were moved to a nearby building while the construction was in progress, giving us the opportunity to offer some TLC to the old exhibits.

The new Carriage House is compliant with handicapped requirements and is on the same level as the museum, unlike the old one which was five steps lower. In addition, the new building has excellent ventilation and wide-door access to the largest carriage.

Other improvements to the Museum have taken place in recent years. The Hodge one-room schoolhouse has been lifted and the foundation repaired. New electrical circuits and a new door replaced the old ones. A new soda fountain was installed in the Moxie annex. A governor's desk was installed in the Barber Shop. There are many other new exhibits too numerous to list here.

All these innovations cannot happen without considerable expense. We were fortunate to have many friends who appreciate our efforts and help us in our endeavors. Nevertheless, we are always in need of more funding! Please consider a membership to the Museum and or a donation to our cause.